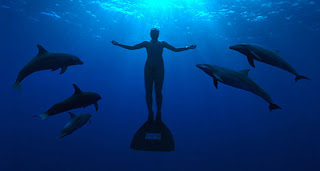 Congratulations to Captain Paul Watson and the rest of the crew for their work on The Cove, which was awarded an Academy Award for best documentary feature earlier this week!
The film chronicles the story of an elite team of activists, filmmakers and freedivers as they embark on a covert mission to expose a remote and hidden Japanese cove that is known for hunting dolphins.
Watch the trailer here and learn more about the film here.