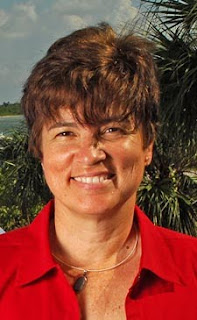 Congratulations to scientist Edith Widder, who was recently chosen to take part in TED Mission Blue Voyage, a conference April 6-10 aboard the National Geographic ship “Endeavor” in the Galapagos Islands.
Alongside Widder will be other well-known participants such as film producer Jean-Michel Cousteau, musician Jackson Browne and cartoonist Jim Toomey, creator of “Sherman’s Lagoon.” All of these speakers will present unique talks about how/why to protect marine areas.
The trip will be documented by Fisher Stevens, this year’s Academy Award winner for “The Cove.”
“I’m thrilled. I’m ecstatic,” Widder said. “It’s so wonderful to be included in such an energetic group. … This is not just about science. It’s philosophy, humor, architecture, music.”

Learn more here. And if you’re interested in bringing Edith Widder to discuss the blue heart of the planet, click here.