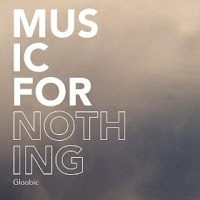 They just finished the album Music for Nothing, which features guitars, ukuleles, rhodes, ice cold droplets of water,thousands of little static-bugs, robotic crickets, heavy breathing, men masquerading as schoolgirls, and some bloody crunchy beets. Lieberman describes it as “quite pastoral. Kermitesque you might say.”

Learn more about gloobic, check out the album on Amazon, or read about Jeff Lieberman.