Skip to content
Neil deGrasse Tyson’s highly anticipated show The Pluto Files premieres tomorrow night on PBS! See what time The Pluto Files is playing in your area here.
And if you’re interested in watching Tyson defend his decision to demote Pluto, watch Tyson debate Jon Stewart on The Daily Show tonight. It promises to be hilarious.
To get yourself psyched up, and to brush up your memory on the Pluto debacle, we’re posting some great Tyson “stuff” from his recent interview with NPR. Enjoy! 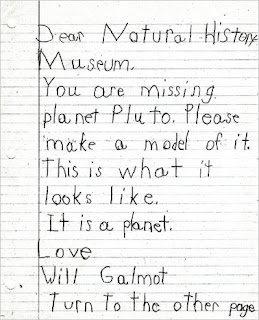 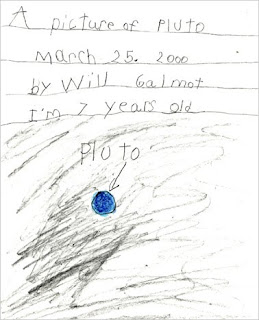 When Neil deGrasse Tyson’s museum demoted the planet Pluto, he became the enemy to thousands of outraged Pluto defenders. Most notably, irritated elementary school kids. Like Will, whose letters are pictured above.
But despite the backlash, Tyson still has a fondness for youth. He explains that parents and teachers need to stop beating the passion for science out of kids.
In an interview with NPR, Tyson explains that there is a serious disconnect between whats happening in the educational system and what it takes to be scientist.
“We tell them to shut up and sit down after spending a year telling them how to walk and talk. … Kids should be allowed to break stuff more often. That’s a consequence of exploration. Exploration is what you do when you don’t know what you’re doing. That’s what scientists do every day. If a scientist already knew what they were doing, they wouldn’t be discovering anything, because they already knew what they were doing.”
Read the full article here. Learn more about Tyson here.