Happy Wednesday! Today, we are going to take a closer look at novelist/translator Carolina De Robertis, whose newest novel CANTORAS has just been released. 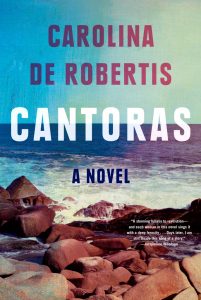 A writer of Uruguayan origins, Carolina De Robertis is the author of the novels The Gods of Tango, Perla, and the international bestseller The Invisible Mountain. Her books have been translated into seventeen languages, and have been named Best Books of the Year in venues including the San Francisco Chronicle, O, The Oprah Magazine, BookList, and NBC. She is the recipient of a Stonewall Book Award, Italy’s Rhegium Julii Prize, and a 2012 fellowship from the National Endowment for the Arts, among other honors. 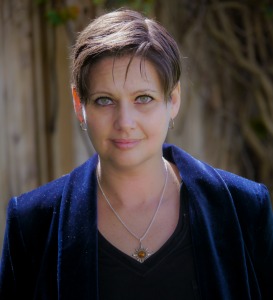 She is also an award-winning translator of Latin American and Spanish literature, and editor of the anthology Radical Hope: Letters of Love and Dissent in Dangerous Times, which features essays by leading thinkers and writers in response to the shifting political atmosphere in the U.S. In 2017, the Yerba Buena Center for the Arts named De Robertis on its 100 List of “people, organizations, and movements that are shaping the future of culture.” She teaches fiction and literary translation at San Francisco State University, and lives in Oakland, California, with her wife and two children.

CANTORAS has already been receiving incredible reviews! The New York Times Book Review review of CANTORAS has posted online! Reviewer Dina Nayeri, writes: “‘Cantoras’ is bold and unapologetic, a challenge to the notion of ‘normalcy’ and a tribute to the power of love, friendship and political resistance. It’s a revolutionary fable, ideal for this moment, offered with wisdom and care. De Robertis takes us inside a repressive regime during a time of global revolution and social discord much like our own.” The full review can be found online here!

Entertainment Weekly included CANTORAS in their roundup of “20 New Books to Read in September,” which can be found online here;

Fodor’s included CANTORAS in a roundup of “16 Books to Inspire Your Travels This Fall,” which can be found online here;

The Millions included CANTORAS in their weekly “New Release Tuesday” feature, which can be found online here;

BookRiot included CANTORAS in a very fun feature – “September 2019 Horoscopes and Book Recommendations,” which can be found online here;

Let us know if you’d like to bring Carolina De Robertis to speak to your organization, campus, or conference!