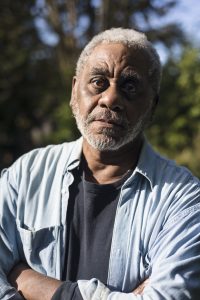 Actually, the full ‘slash line’ would be author/Buddhist scholar/cartoonist/philosopher/photojournalist/television producer…

When asked about the difference between visual art and writing, Johnson said “…when you’re talking about language, you have the possibility of multiple levels of meaning. If I shifted at all from the image to the word it’s because the word is polymorphous and you can create a work of fiction that has more dimensions than a drawing or even a film.”

Johnson’s first published work (in fact, perhaps his first thousand published works!) were cartoons! His first was published when he was 17; when he graduated from college, he produced a PBS children’s show called “Charlie’s Pad” which featured his visual art as well.

When he won the National Book Award (for MIDDLE PASSAGE) in 1990, he was only the second African-American to win this honor (Ralph Ellison’s INVISIBLE MAN being the first). 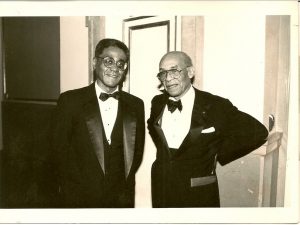 His newest work is NIGHT HAWKS, a collection of his short fiction 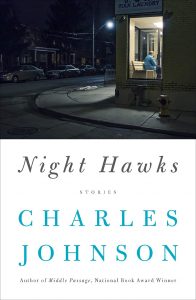 Asked about his study of Buddhism, Johnson said “I still have my roots in Christianity, but have a deep involvement in all forms of Asian thought and meditation. I meditate and I read the literature, and I do other related disciplines because it feels right for me…”

After five decades of writing, Johnson is not done: “I love the process of writing. I am at my fullest when I’m writing. I can think of no activity that brings so much of everything that I am—everything I’ve learned, everything I feel, all the techniques at my disposal—into one suspended moment that is the work of art. So it’s very exhausting when it’s working exactly right.” 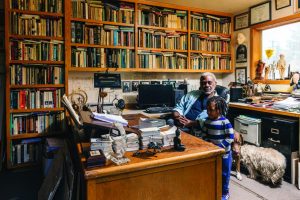 (All quotes from the December 31st, 2016 edition of The Writer’s Workshop Review)

Please contact us for more information about hosting Charles Johnson at your conference or institution!