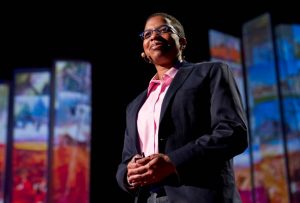 Ainissa G. Ramirez, Ph.D. is a science evangelist who is passionate about getting the general public excited about science.  She co-authored Newton’s Football: The Science Behind America’s Game (Random House); and, authored Save Our Science: How to Inspire a New Generation of Scientists (TED Books). Her next book, due out in April 2020, is The Alchemy of Us: How Humans and Matter Transformed Each Other. 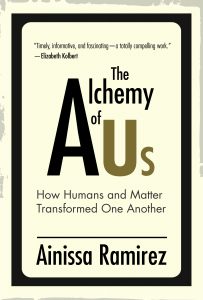 In The Alchemy of Us, Dr. Ramirez examines eight inventions―clocks, steel rails, copper communication cables, photographic film, light bulbs, hard disks, scientific labware, and silicon chips―and reveals how they shaped the human experience. She shows not only how materials were shaped by inventors but also how those materials shaped culture, chronicling each invention and its consequences―intended and unintended.

Filling in the gaps left by other books about technology, Ramirez showcases little-known inventors―particularly people of color and women―who had a significant impact but whose accomplishments have been hidden by mythmaking, bias, and convention. Doing so, she shows us the power of telling inclusive stories about technology. She also shows that innovation is universal―whether it’s splicing beats with two turntables and a microphone or splicing genes with two test tubes and CRISPR. 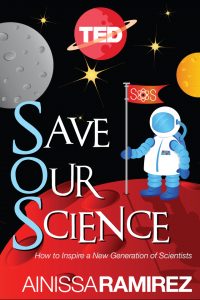 She speaks internationally on the importance of making science fun and has served as a science advisor to the American Film Institute, WGBH/NOVA, the American Association for the Advancement of Science (AAAS) and several science museums. Currently, she co-hosts a science podcast called Science Underground, and is preparing for the release of The Alchemy of Us, which will include stories about the woman who sold time, the inventor who inspired Edison, and the hotheaded undertaker whose invention pointed the way to the computer.