Congratulations to our hometown New England Patriots on winning Superbowl XLIX! We are looking forward to the duck boat parade tomorrow!

In the run-up to the big game our own Dr. Ainissa Ramirez, renowned materials scientist, was highly sought after for comment regarding the “deflate gate” controversy:

“Deflating the ball does give a team an advantage,” says materials scientist Ainissa Ramirez, the author of Newton’s Football, a book about the science of football. Ramirez says the slightly softer football improves the grip. 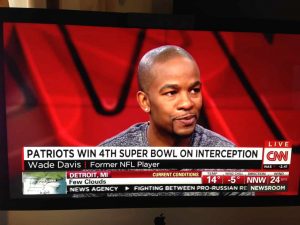