Happy Wednesday! This week, we are going to take a closer look at Dr. Stephanie Coontz, an historian who is one of America’s leading authorities on the history of the institution of marriage. Her views are insightful, provocative, and based on years of solid academic scholarship. 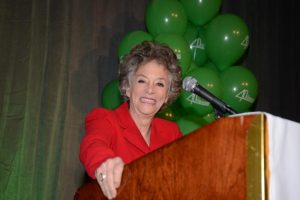 You may say to yourself “but marriage has been the same since Biblical times!” You may say that, but of course you would be very wrong. Ignoring the Bible’s many mentions of multiple wives, infidelity, children born ‘out of wedlock’, etc., marriages in America look much different than they did 150 years ago. Women were considered property of their fathers until ‘given away’ to her future husband. Women did not vote, could not own property, could not even apply for a loan without their husband’s permission (this last bit persisted into the 1970’s, by the way). 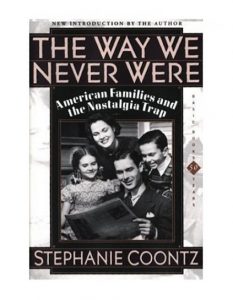 In a quote about her book — “The Way We Never Were, acclaimed historian Stephanie Coontz provides a myth-shattering examination of two centuries of the American family, sweeping away misconceptions about the past that cloud current debates about domestic life. The 1950s do not present a workable model of how to conduct our personal lives today, Coontz argues, and neither does any other era from our cultural past.”

In her follow up work The Way We Really Are, Dr. Coontz turns her attention to the mythology that surrounds today’s family—the demonizing of “untraditional” family forms and marriage and parenting issues. She argues that while it’s not crazy to miss the more hopeful economic trends of the 1950s and 1960s, few would want to go back to the gender roles and race relations of those years. 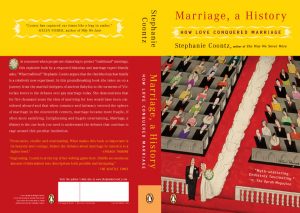 And in her book Marriage, a History, Dr. Coontz takes readers from the marital intrigues of ancient Babylon to the torments of Victorian lovers to demonstrate how recent the idea of marrying for love is—and how absurd it would have seemed to most of our ancestors. It was when marriage moved into the emotional sphere in the nineteenth century, she argues, that it suffered as an institution just as it began to thrive as a personal relationship.

Please contact us if you’d like more information about bringing Stephanie Coontz to speak to your institution, conference, or corporation!