Happy Wednesday! This week, we’re taking a closer look at Annie Leonard, Executive Director of Greenpeace USA and the founder of the Story of Stuff Project. Annie Leonard is a tireless fighter for the environment and a longtime leader in the movement to change the way we make, use, and throw away Stuff. 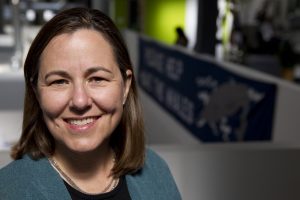 After interning at the National Wildlife Federation, Leonard began working with Greenpeace on a campaign to ban international waste dumping, traveling around the world to track garbage and hazardous waste sent from developed to less developed countries. “I was sneaking into the factories where it was being disposed, interviewing the workers, taking hair samples and soil samples to prove the environmental health harm,” she later explained in an interview with Cornell University. 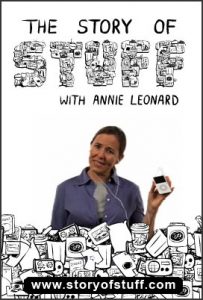 Leonard has over two decades of experience investigating and explaining the environmental and social impacts of our stuff: where it comes from, how it gets to us, and where it goes after we get rid of it. Her film, The Story of Stuff, blossomed into The Story of Stuff Project, which works to empower people around the globe to fight for a more sustainable and just future. The project has built a community of over half a million people and released 8 more videos since The Story of Stuff, which have been viewed over 40 million times and been incorporated into countless school and faith curricula. Simon & Schuster published Leonard’s New York Times bestselling book, The Story of Stuff, which takes a deeper dive into the issues of the film.

A hallmark of Leonard’s work with The Story of Stuff Project has been her keen recognition that solving environmental crises requires working across a wide range of movements to fix economic and political systems that are currently dominated by corporations at the expense of people’s health. 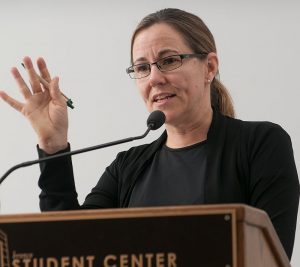 Let us know if you’d like to bring Annie Leonard to speak to your organization, campus, or conference!