Happy Wednesday! This week, , let’s take a look at Sea Shepherd founder Paul Watson. With Paul’s international legal issues behind him, he has returned to the lecture circuit speak out for the world’s oceans. A few things to know about Paul: 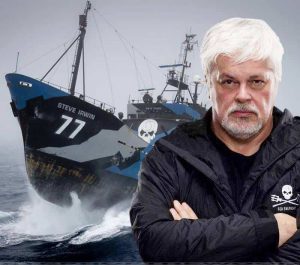 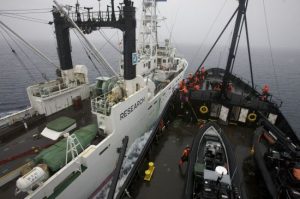 Paul Watson received the Jules Verne Award, becoming  the second person after Captain Jacques Cousteau to be honored with a Jules Verne Award dedicated to environmentalists and adventurers. Paul received the Asociación de Amigos del Museo de Anclas Philippe Cousteau: Defense of Marine Life Award, in recognition of his merits achieved by the work done in defense of marine life. He was inducted into the US Animal Rights Hall of Fame for his outstanding contributions to animal liberation.

Let us know if you’d like to bring Captain Paul Watson to speak to your organization, campus, or conference!