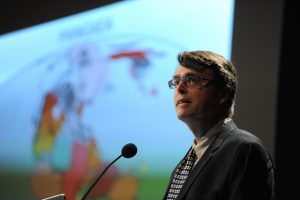 Charles C. Mann is the author of 1493: Uncovering the New World Columbus Created, a New York Times bestseller, and 1491: New Revelations of the Americas Before Columbus, which won the US National Academy of Sciences’ Keck Award for the best book of the year. As a journalist, Mann has covered the intersection of science, technology, and commerce for many publications in the United States and abroad. 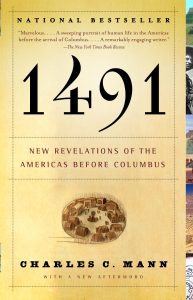 His most recent book is The Wizard and the Prophet, an incisive portrait of the two little-known twentieth-century scientists, Norman Borlaug and William Vogt, whose diametrically opposed views shaped our ideas about the environment, laying the groundwork for how people in the twenty-first century will choose to live in tomorrow’s world.

In forty years, Earth’s population will reach ten billion. Can our world support that? What kind of world will it be? Those answering these questions generally fall into two deeply divided groups–Wizards and Prophets, as Charles Mann calls them in this balanced, authoritative, nonpolemical new book. 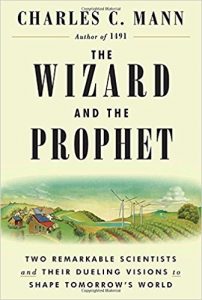 The Prophets, he explains, follow William Vogt, a founding environmentalist who believed that in using more than our planet has to give, our prosperity will lead us to ruin. Cut back! was his mantra. Otherwise everyone will lose!

The Wizards are the heirs of Norman Borlaug, whose research, in effect, wrangled the world in service to our species to produce modern high-yield crops that then saved millions from starvation. Innovate! was Borlaug’s cry. Only in that way can everyone win! Mann delves into these diverging viewpoints to assess the four great challenges humanity faces–food, water, energy, climate change–grounding each in historical context and weighing the options for the future.

Please contact us for more information about hosting Charles Mann at your conference or institution!