We salute our veterans and their families for all the sacrifices they make for our country. We thank you for every thing you do, and happy Veterans Day!

We leave you with the latest cartoon from Emery Jones – Boy Science Wonder: 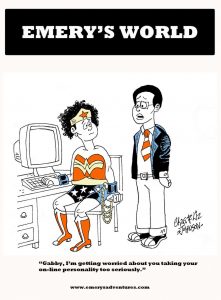